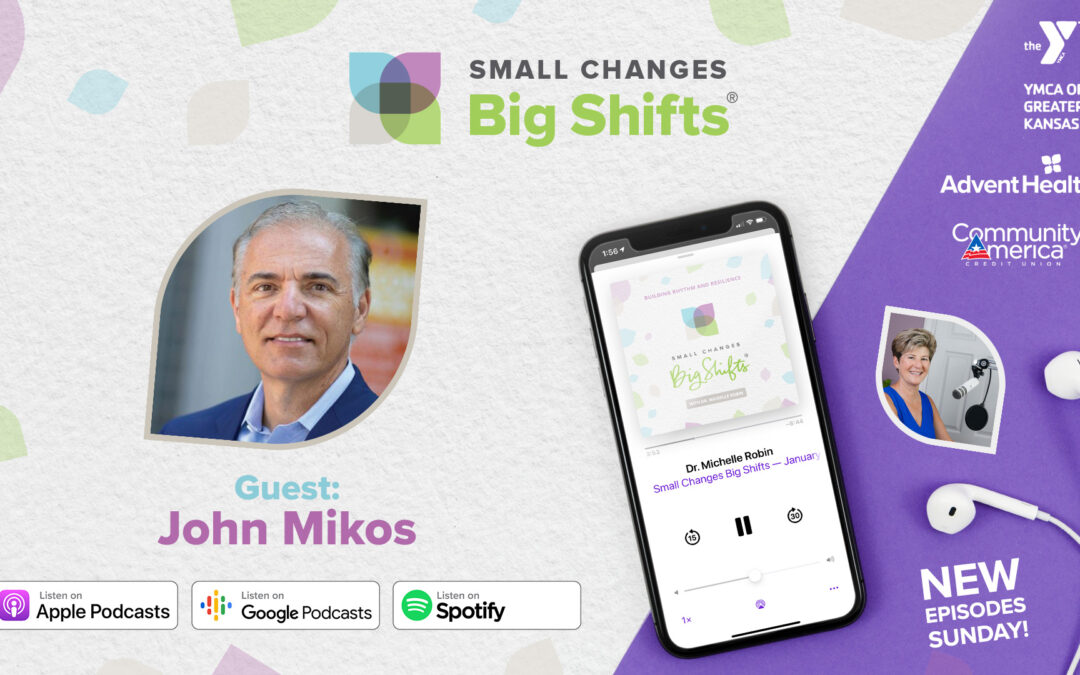 “When you look at the Y’s core values since the beginning, it’s all about honesty, respect, responsibility, and caring.” – John Mikos

The YMCA was established 178 years ago – and 162 years ago the Kansas City location was founded. Since then, the nonprofit organization has expanded to 135 countries around the world, and annually serves 155,000 people in just the Kansas City community. During today’s episode, Dr. Michelle Robin invites John Mikos, who is the CEO of the YMCA in Greater Kansas City, to share why kindness is such an integral part of who they are and everything that they do. John began his career at the Y as a lifeguard when he was a teenager, quickly deciding this was the place he wanted to work for the rest of his life – a big reason being the kindness the organization shows every day to its community. He also shares some examples about how they incorporate many of their core values into their youth programs to help kids grow with an understanding and awareness about how these things impact their spiritual, mental, and physical health.

John Mikos became the CEO of the YMCA of Greater Kansas City in 2019 after serving as the Chief Operating Officer since 2013. He’s led many progressive developments with the Y in Kansas City, bringing focus to innovative integrated health programs, fostering the Y’s vision, and building great relationships with health and community partners across the region. Since joining the organization, Mikos has been part of the downtown YMCA/Kirk Family Community Center breaking ground at the former Lyric Theatre building, as well as the expansion and renovation of facilities, including the Atchison Family YMCA/Cray Community Center and the Linwood Family YMCA/James B. Nutter, and Senior Community Center.  Mikos has also worked with North Kansas City government to renovate its area location. Prior to joining YMCA of Greater Kansas City, John held the Chief Operating Officer positions at both the YMCA of Western North Carolina in Asheville and the YMCA of Greater Tulsa.