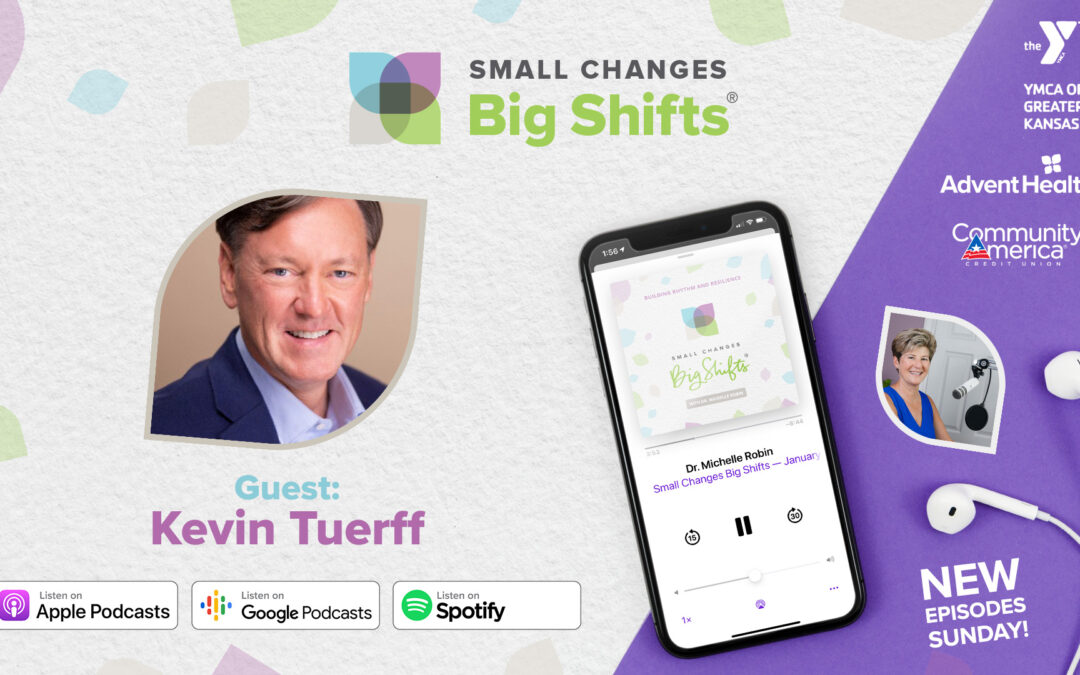 “My favorite definition of compassion is to engage in the suffering of others – and that’s what this small town did. They had true compassion for five days on us.” – Kevin Tuerff

Kevin Tuerff was flying from Paris to New York City on September 11, 2001, when the plane suddenly began to appear like it was descending toward the ocean water. A few moments later, the captain came on to say there had been a terrorist attack in the United States, and the plane would be making an emergency landing in a small town in Canada called Gander. Soon after landing, they discovered other planes had been grounded in Gander as well, causing the small town’s population of 9,000 to experience a sudden increase of 7,000 people on their streets. In today’s episode, Dr. Michelle Robin welcomes Kevin to share this moving and inspiring story about what happened over the course of these five days being stranded there. He explains how people in this town began opening their homes, churches, and kitchens to the passengers like him, asking if they needed a shower, needed a warm meal, or simply needed a ride across town. He recounts how everybody in Gander was helping out, and there was something magical about it. This opened up a brand-new meaning for Kevin about what random acts of kindness could look like – leading him to launch a nonprofit organization around this experience called Pay It Forward 9.11 after he returned back home in Houston, Texas. Since its launch in 2002, the nonprofit has become an international phenomenon around kindness and continues to teach people about the power it has in our lives.

Kevin Tuerff’s experience as a 9/11 stranded airline passenger in Canada inspired him to develop Pay It Forward 9.11 in 2002, and it’s been growing every year. Today, he serves as Founder and Volunteer President of Pay It Forward 9.11, Inc. His 9/11 story is one of the true stories inspiring the Tony-Award-winning Broadway musical “Come from Away”. The character “Kevin T” is referred to as the compassionate “gay lumberjack” in the show, and this Pay It Forward 9.11 effort is mentioned in the script of the musical. He is featured cast member in three related documentaries (HBO Canada, CBC, and Fox). In 2018, House of Anansi Press published his memoir called Channel of Peace: Stranded in Gander on 9/11. A portion of the proceeds from the sale of the books is donated to nonprofit organizations help refugees. Kevin currently works for Environmental Defense Fund and is TEDx speaker and certified as a virtual presenter by eSpeakers.